PAWA’s purpose to raise funds for girls’ education in Asia inspires many far and wide. And it’s not just women who want to support the hopes and dreams of girls across Asia. Men are as much part of the PAWA family of supporters as women.

This year, Wes Masters and Irwan Mihat are running the London Marathon to raise funds for a Floating School for girls in Bangladesh. Meet Irwan in today’s feature article below…

I am 38 years old Penang-born chap but grew up in Seremban, Negeri Sembilan. I am from Brickfield, Kuala Lumpur. I am a fund manager for a Malaysian investment house based in the City. Prior to London, I was attached to another international branch, same company, in Singapore for 9 years.

I knew PAWA through a colleague who is an active member and also one of PAWA board of trustees. I attended a few events hosted by PAWA, and from there I met its members and got to know more about their cause, activities and charity events.

I aim to to raise funds via Virgin Media Money platform, utilising the social media space to reach my friends and colleagues.  So far, I have posted a post on my Instagram account telling my audience about my fundraising drive and inviting for contribution. I also Direct Message some of the Instagram contacts. I have made the same approach on Whatsapp platform. I want to reach as many people as possible.

The Adventure of the Marathon

I love running, and it is my only sport now. I used to be very active in many sports since my school days and was an avid footballer until I had a knee ligament injury 5 years ago which meant the knee could not perform any abrupt turning movement. Running is a static movement, thus it suits.

I run 3 times a week with a total average of 23km/week. I have entered a few half marathons and half climbathon in Asia before, but the London Marathon will be my first full marathon.

I foresee nutrition, to overcome the muscle cramping during the race, to be my utmost challenge as I am still adapting to Western meal and diet. Another challenge is the cold climate as this affects your breathing strategy.

Nevertheless, I am excited and thrilled about this preparation adventure and the research that this entails.

A Cut Above Your Average Fund Manager

Most people don’t know that I can cut and style hair.

I thought it was nothing until my wife said it qualifies as unusual as my brain is capable of visualising and making logic of head contour and layering and sitting of hair. And she said it is quite an unexpected character trait considering my career and background has been around seriousness, formal and professional, and sports.

My wife’s favourite cut is short Pixie, always a bob style for my daughter and K-pop for my 2 year-old son. Once in a while, I cut my mom’s too. So far, this stays as a hobby. But sometimes I have had an eye and thought of owning my own one cool and classic barber chair 😉

Find out more about the Floating School here.

If you would like to support the Floating School project and/ or our marathon runner Irwan Mihat, you can donate to this great cause at  http://www.virginmoneygiving.com/fund/pawalondonmarathon 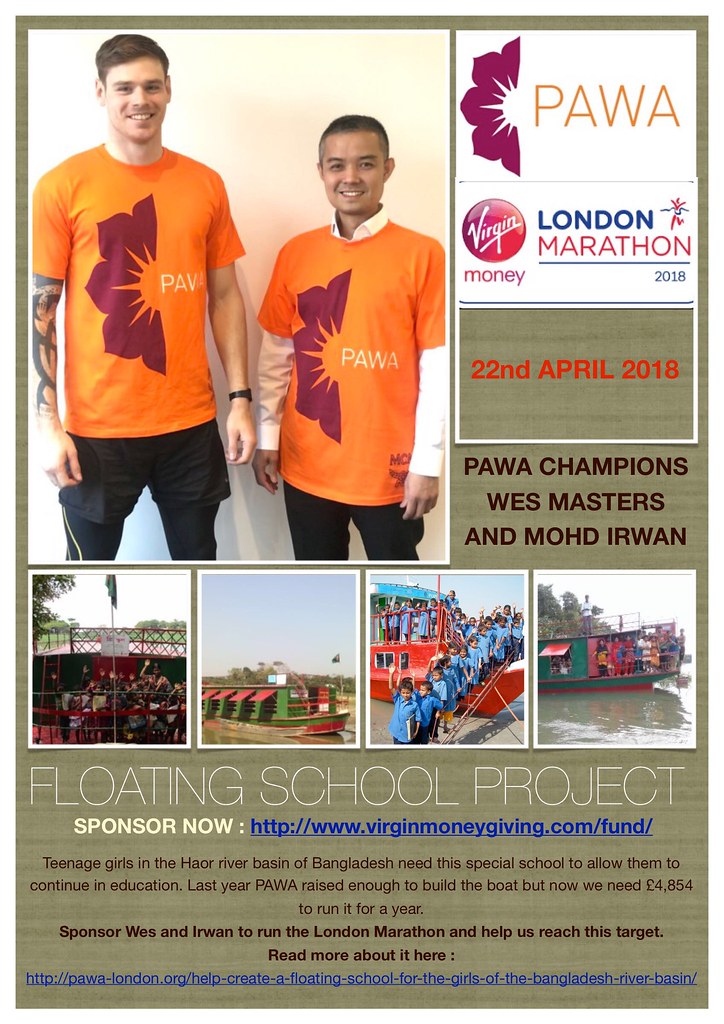 Postscript:  Wes was ultimately not able to run the marathon, due to an injury one week before the event.