On one of the hottest days of the year, PAWA Champion Irwan Mihat headed out to run the London Marathon in aid of PAWA’s Floating School Project, cheered on by PAWA Supporters. Here is our report from the exciting but challenging event.

PAWA Chair, Zehan Albakri, no stranger to endurance challenges herself, having completed the Great Wall of China trek to raise funds for PAWA, shares this message about the London Marathon Fundraising Challenge:

“Thank you to everyone who helped support PAWA@London Marathon especially the “cheerleader” volunteers on Sunday! Wes unfortunately had to drop out due to an inflamed knee but Irwan did very well for his first Marathon and the hottest one too! He completed it in under 6 hours which was excellent! 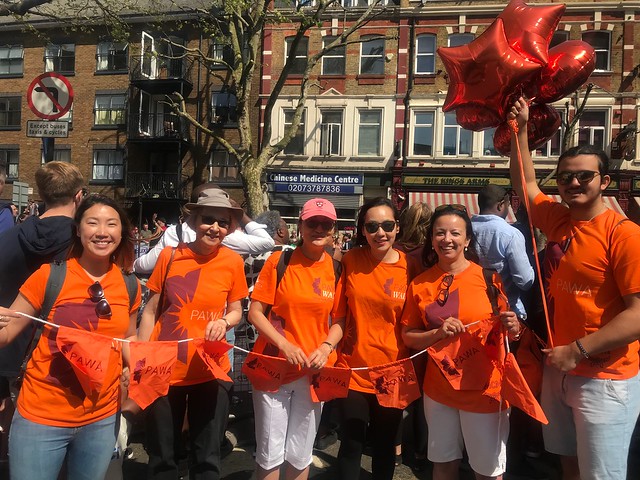 We also hear from Irwan himself, sharing his experience of this gruelling but ultimately rewarding test of his endurance.

The high point of the marathon for me was at 12th mile turning from Tooley Street to Tower Bridge Road. That exact moment when Tower Bridge suddenly appeared in front of you was really emotional and uplifting. The glorious looking bridge seems like pulling you to come near and be on it.

I can recall realising Tower Bridge would mark that I will soon pass the half distance of the race made me feel really pumped-up.

Another high point was when I saw PAWA team cheering by the track before crossing the Thames. It was refreshing to see people you can relate among the thousands of amazing cheering crowds.

But the low point had to come… It was between 18th mile to 20th mile in the Canary Wharf ward beginning from Marsh Wall road.

I had severe cramps that took me a while to find which of the distracting discomfort techniques would suit my body this race. I was between walking and small jog until mile 20th where I was able to start my running again.

Indeed,  the hot temperature was the main challenge, but I found brightness and glares were another major performance detractors. I would remember Marsh “Wall” as my “the wall” in my future runs.

But I kept going. I thought of my family and that motivated me. 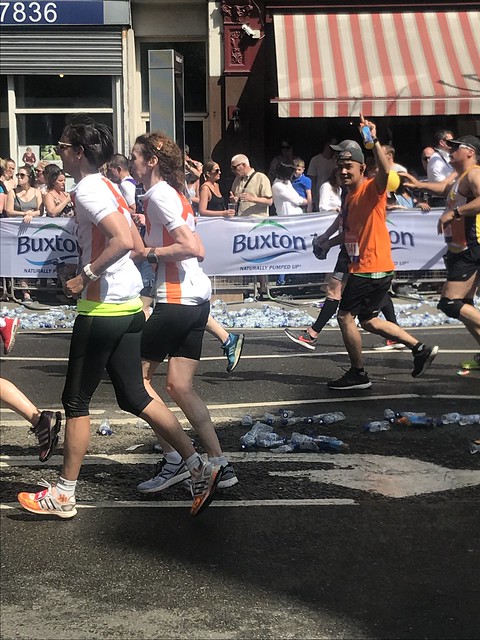 What kept me going

And, I also kept in my mind my goal to represent the determination of PAWA and Learning for Life to fund the Floating School in Bangladesh.

Why not become part of the PAWA community? Here are some practical actions you can take:

Photos: Jin Kwon and Irwan Mihat, with thanks