The students of Bancroft’s School raised funds for PAWA through a multicultural student run adaptation of Aladdin with a Bollywood flavour. The star of the show, Thevaguru Swarnaprabha (Year 12), who played the Genie, gives us his first person account of the wonderful event.

Bancroft’s School is an independent school in the London Borough of Redbridge. Our fundraiser for PAWA was run by the school’s Hindu, Sikh, Buddhist and Muslim Society (HSBM). HSBM does fundraising through a multitude of ways, which get a large number of the student body involved. Most notable are our weekly Krispy Kreme doughnut sales, student sponsored silenced and most grandiose of all, Taal.

Students Doing It for Themselves

Taal is a multicultural production which showcases cultures, predominately from South Asia, and involves over 200 pupils from all ages and backgrounds being completely student run. To those who have never had the privilege to see our annual Taal show, I would describe it as almost a Bollywood film; this is in the sense that it is an extravagant play with beautifully choreographed dances placed throughout, which adds to the visual excitement. This year was the 17th Taal, and we have been blessed to have such an amazing Year 13 committee of Daffodil Dhayaa, Talveen Sian, Abdullah Shakeel and Aabha Patel.

The play this year is a modern twist on the Broadway Musical of Aladdin. Our play features Jasmine working her way up to run her father’s furniture company of Agra International. Along the way she is looked down on by her largely male peers, and though she is the rightful heir to the company, her father brings in multiple men to try and take over.

Jasmine, along with her personal assistant Ali, go on to redefine what a girl can do, thus, changing the prospects for women across the bushiness. All of course aided and narrated along the way by one amazing General Extraordinary Needs and Ideas Engineer (GENIE).

We chose PAWA to be one of our charities due to the major theme in our play being gender equality and female empowerment. PAWA is an exceptional charity that has reached over 7,000 girls and has helped educate these girls and lift them out of poverty. PAWA can help make real life as perfect as an elegantly scripted play, one where all can have their happily ever after.  To not have such an empowering charity be one the charities that we fundraise for – it would be like having the Genie without his lamp!

Checkout the slideshow of photos from the Taal event:

Secrets from Behind the Scenes

The run-up to the show is always a fun time. The acting especially has some comic moments, due to actors feeling the stress and having a little hiccup here and there.

I can still remember how our director would force actors to rehearse scenes until they were perfect. To forget a line would be an insult to the script, and so actors were forced to plank! Though at the time we all complained, I can confidently say that without that abdominal workout, no monologues would have been learnt, so thank you director.

Other highlights would include when actors had to fill in for the absence of other actors. The Genie was an outstanding Girl 3, and Jasmine was an enthusiastic Ia and Go to Jafar.

The greatest memory of all however, is the great feeling of contentment and happiness you feel when doing the curtain call after the show. To know that you got to be a part of such a fabulous community in school, and make so many new friends is the best feeling of all. More than half my friends were made from my annual participation in Taal, and as such I am so unbelievably grateful to it.

Then of course there was the amazing curtain call dance, which had more than 200 pupils jump at once on stage, making us think that the stage would surely crash. Thankfully that did not occur! 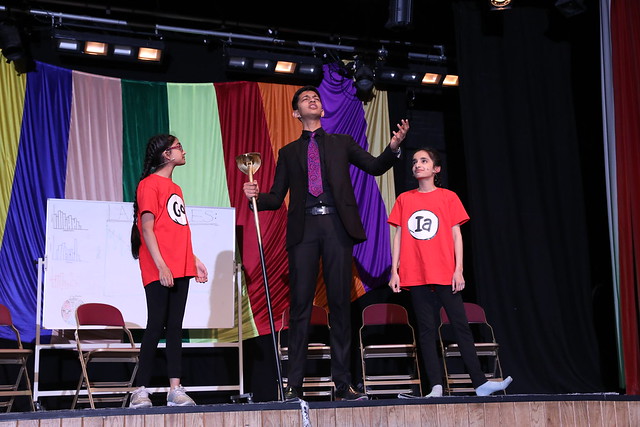 The Taal Spirit Lives On

We raised £7000 at least! And I can honestly say, that on behalf of the whole Hindu, Sikh, Buddhist and Muslim society and those who took part in Taal, we are honoured that we could do fundraising for PAWA. The whole school really gets involved and into the Taal spirit, and this year with one of the charities being able to echo the message of our play it truly makes the event that bit more special!

On behalf of Bancroft’s School, thank you for being the Genie to so many wishes! 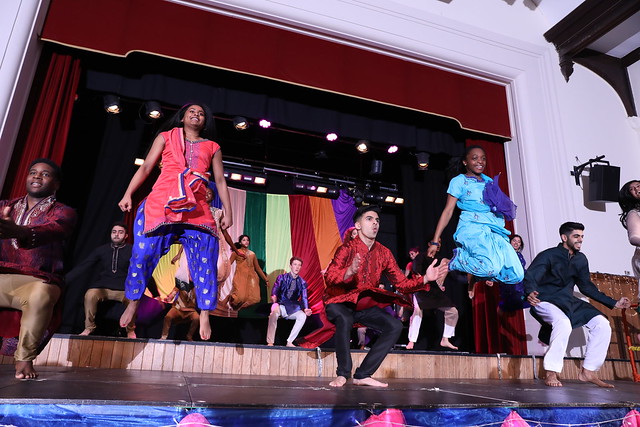 BE PART OF A DYNAMIC COMMUNITY

PAWA is grateful to the talented students of Bancroft’s School for putting on this terrific fundraising event. Their efforts will help us continue fulfilling our mission to support girls’ education across Asia.

Find out more about what we do and how to get involved in PAWA’s dynamic community raising funds to educate girls across Asia by going to our Get Involved section.

Photos: with permission of Bancroft’s School